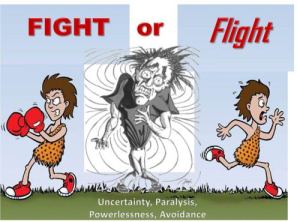 We are hardwired to protect ourselves.  Our survival depends on our ability to fight off ‘real’ dangers or ‘run’ if need be from an immediate crisis.

Well that’s how it worked in the past because our life did depend on it!

This hardwiring is better known as ‘fight/flight’.  And whilst the dangers look different, the response, it’s probably safe to say, it has gotten worse!

These days we live in a world with ‘information overload’ and, as a result, our primal ‘flight/flight’ gets constantly activated!  (This system hasn’t changed with evolution – unfortunately)

It is the initial stress indicators that trigger a cascade of physiological responses to a demand or threat – triggering the all too familiar ‘fight/flight’ response.  This short clip will help you understand what happens to your body in a demanding or threatening situation.  https://www.youtube.com/watch?v=JtSP7gJuRFE

So what is a stress? Read more here…

Interestingly, stress triggers the same responses whether the threat is life threatening or not!  As I mentioned earlier, our environment has certainly evolved from ‘just surviving’ to ‘surviving’ the many afflictions negating our health.  For example, your blood pressure may increase to dangerously high levels if you’re being attacked and you are fighting for your life – literally, but, you’re not suffering from High Blood Pressure.  Interestingly, if your blood pressure increases to a dangerously high level triggered by a stressful situation such as when your computer dies and you haven’t saved the 35 page report due to be delivered to the CEO by 4pm the same day, you’re not saving your life; you are suffering from stress-induced hypertension.

Robert Sapolsky Neuroscientist ‘examined how prolonged stress can cause physical and mental afflictions’.  In Dr Sapolsky’s National Geographic Documentary covering behaviour of Baboons including hierarchy and stress implications have been seen in human behaviour.  He suggested that it is the long term stress that’s more damaging because ‘thought’ triggers the same stress response.

‘We humans turn on the stress response with memories, with emotions, with thoughts, and the whole punch line is: That’s not what it evolved for. Do it regularly enough, and you’re going to damage your cardiovascular system. Increased blood flow hammers on the walls of your blood vessels, causing inflammation. Fat and glucose and cholesterol glom on and begin to clog your arteries. That’s bad news. You are more at risk for chronic fatigue, sleep disruption, muscle atrophy, and probably most importantly, adult-onset diabetes, this once obscure disease that’s just on the edge of being the number one killer in this country.

Chronic stress also does bad things to the nervous system. Stress kills neurons in the part of the brain called the hippocampus and weakens the cables between neurons, so they can’t talk to each other. This impairs the formation and retrieval of long-term memory. The opposite thing happens in the amygdala, which is where we see fear in a brain scanner. In the hippocampus, stress causes stuff to shrivel up. But stress feeds the amygdala. It actually gets bigger. Chronic stress creates a hyper-reactive, hysterical amygdala, and this tells us tons about what stress has to do with anxiety disorders.’

This may be particularly true not just for the general public but also for war veterans who experienced stress and trauma while in active service and then continue to suffer post service from the same, if not worsening, conditions due to ongoing psychological reminders of past experiences.

‘Our memory actively contributes to the effects of stress both in severity and longevity.  An individual who has experienced a traumatic event may suffer from PostTraumatic Stress Disorder (PTSD).  In the general community, PTSD may be experienced post a traumatic car accident or an assault.  War veterans, for example, who experience PTSD are ‘at greater risk of developing PTSD than the general population.  Between five and ten percent of the general community are likely to develop PTSD as some point in their lives.  Compared to between 5 and 20 percent of veterans depending on the nature of their work and deployment history.  Among current serving members, about 8 percent will suffer from PTSD in a given year, compared to 5 percent of the general community.’  http://at-ease.dva.gov.au/veterans/recognise-the-signs/common-mental-health-disorders/post-traumatic-stress-disorder/

Michael Marmot, Professor of Epidemiology and Public Health and head of the International Centre for Health and Society at University College in London also suggested that stress disrupts the body’s ability to heal itself and function well by disrupting the immune system.

Dr Tessa Roseboom also indicates that stress hormones accelerate the rate at which the caps (telomeres) covering and protecting our Chromosomes shorten.  This process naturally occurs as we age, however, Dr Roseboom suggests that stress accelerates this process.

Elissa Epel phD suggests that the active ingredient that reduces stress is compassion and care for one another.  To connect with others, to have social affiliations and to love what you do!

So what’s the antidote?  Perhaps, with all this said, it’s the ability to adapt and be flexible in a rapidly changing environment, demonstrate compassion and acceptance towards self and towards others and have social interaction.  Our most basic needs include ‘acceptance’ because we all have a deep need to belong.  Rejection has the power to hurt deeply and if we were to follow the above, at least as a guide to health, it’s only a matter of time before physical illness follows.

It appears that science is telling us that ‘stress is a killer’. It’s never too late to do something about how stress affects you!

To minimise disruption, business hours will remain unchanged.  Last day of operation at 20 Ely Street will be Friday 20th November and will reopen for ‘business as usual’ on Monday 23rd November, 2015.

The new location provides ample free parking, is quiet and is very close to the main shopping district.

This site uses Akismet to reduce spam. Learn how your comment data is processed. 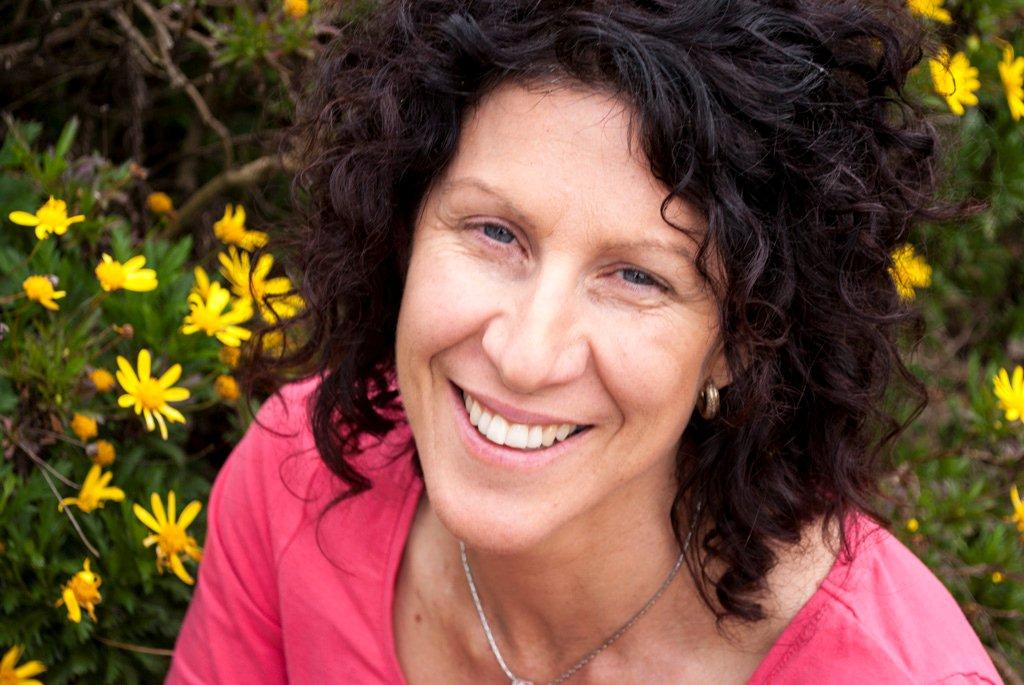 The most common reason I come into the lives of others is because they have ‘had enough’ and somehow know life can be or must be, better than it is for them right now. Have you ever had that feeling before? I know I have! We all have our own story – however for me I decided ‘change wouldn’t occur until I made change – Read More About Me